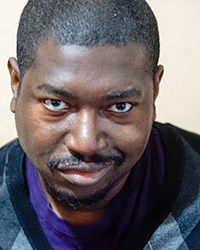 × Harry J. Riley didn’t start performing stand-up until his final year in the U.S. Air Force. Tales of his childhood and crazy musings, lead him to perform for such acts as Dan Cummins, Jay Wendle Walker, Jay Mohr, Jamie Kennedy, and many more. He won Valleyfest’s PG Comedy Competition three times and was a finalist in the prestigious Seattle International Comedy Competition (2018). He has appeared in the movie “Falling Up” and has been on SYFY’s “Z-Nation.” Harry will be joined by fellow comedian, Mike Devore.

Mike Devore is a mix of warmth with high-energy, pedal-to-the-floor delivery. His friendly intensity pairs well with his self-deprecating perspective. Mike has performed at many comedy festivals and is the creator of the animated web series “Max and Friends”.