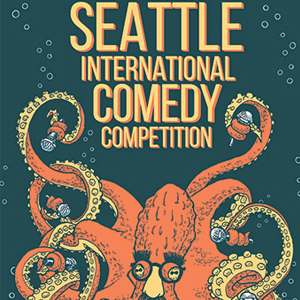 SICC is a multi-week stand-up comedy contest, featuring over 30 comedians out of hundreds who apply, performing in shows throughout the Pacific Northwest for audiences and local celebrity judges. Don’t miss this extraordinary competition during their hilarious stop on Whidbey.