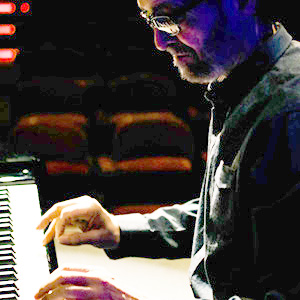 An Evening with George Winston

× George Winston returns to Whidbey Island to play old favorites and new music recorded in early 2019. Winston, a self-described "rural folk piano" player, was among the earliest and most successful proponents of the Contemporary Instrumental genre (later dubbed New Age) and has inspired fans and musicians with his solo acoustic piano songs for over 40 years.

Winston’s music is evocative, offering us all a chance to take a step back from our perpetually busy lives and let our minds adventurously wander. Restless Wind is a portrayal of Winston’s place in a chaotic world – his compositions extend solace with an idiosyncratic grace. George Winston’s classic albums Autumn and December are perennial favorites, along with Winter into Spring, Summer, 2017’s Spring Carousel – A Cancer Research Benefit, as well as two volumes of the compositions of Vince Guaraldi, two volumes of benefit albums for the Gulf Coast disasters, and six other solo piano albums. Program George will play his Winter or Summer program with selections 'Muskrat Ramble Medley' and 'A Change is Gonna Come' from his upcoming album Restless Wind. More info on George's programs can be found at georgewinston.com