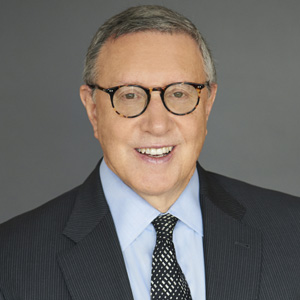 × Robert Merry interviews Norman Pearlstine discussing current events in WICA’s Conversation Series. Pearlstine is Executive Editor of the Los Angeles Times. Before joining The Times in 2018, he worked as an editor and reporter for five decades in the US, Asia, and Europe. Pearlstine is the author of Off the Record: The Press, the Government, and the War over Anonymous Sources.

At Time Inc., he was editor in chief from 1995 to 2005 and again from 2013 to 2017. During his five years at Bloomberg, Pearlstine served as chief content officer, charged with seeking growth opportunities for the company’s television, radio, magazine, and online products. He was chairman of Bloomberg Business Week and co-chairman of Bloomberg Government, a web-based legislative tracking service for corporate, government, and journalistic clients.

Pearlstine holds a bachelor’s degree from Haverford College and a law degree from the University of Pennsylvania. In 2005 he received a Lifetime Achievement Award from the American Society of Magazine Editors, which also inducted him into the Magazine Editors’ Hall of Fame. He received the National Press Foundation’s Editor of the Year Award in 1989 and the Gerald Loeb Lifetime Achievement Award for distinguished business and financial journalism